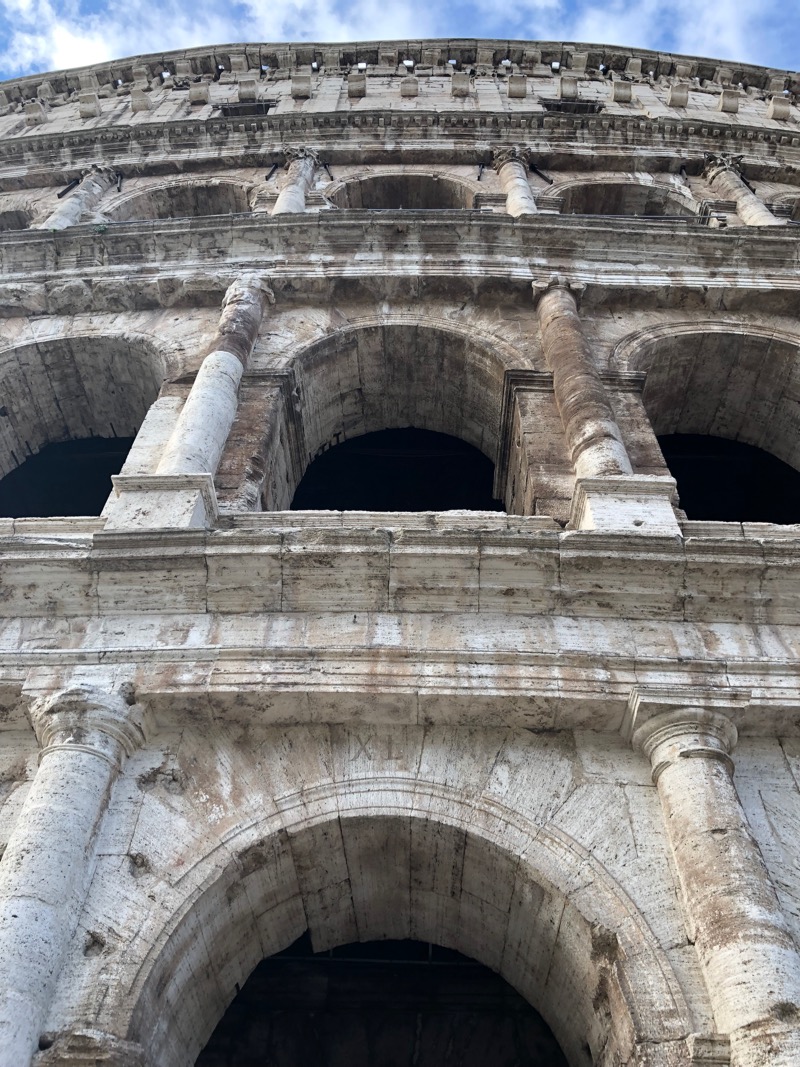 The Colosseum (in Roman times, the Flavian Amphitheater), won’t feature in Leonidas’s books, at least not at the moment–I’m starting in AD 62. Construction on the amphitheater began in 72 (under Vespasian), and the first games were held by Titus (Vespasian’s son) in AD 80.

The name “Colosseum” comes from the “Colossus”–a huge gilded statue of Nero he commissioned for his Golden House (Domus Aurea). In Vespasian’s time, it remained near the amphitheater, but its face was altered to represent Apollo. Nero’s vast lake in his gardens was drained and filled in for the amphitheater’s construction.

I extensively toured the Colosseum, in spite of if being after my time period, because it’s just cool. I went beneath it, on the floor, up in the stands, etc. Worth a visit! (Tip: Go on a private tour to avoid the whopping lines.) 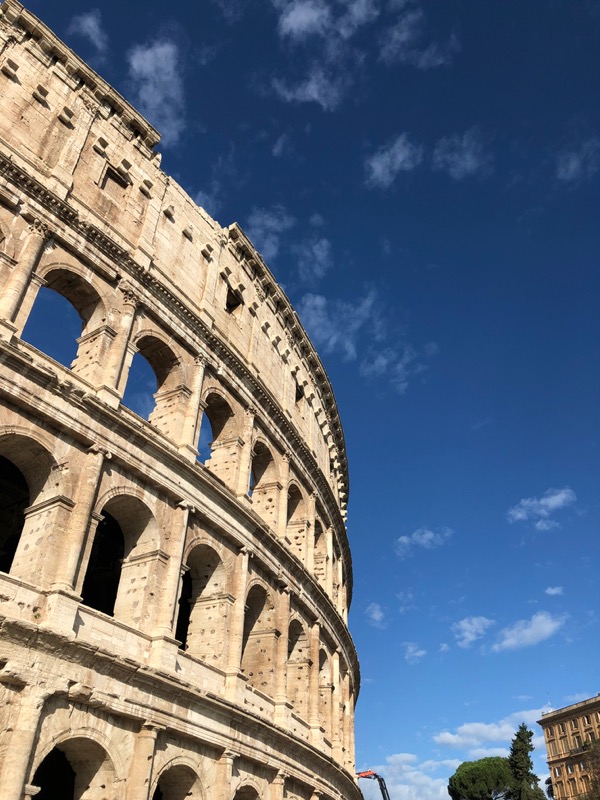 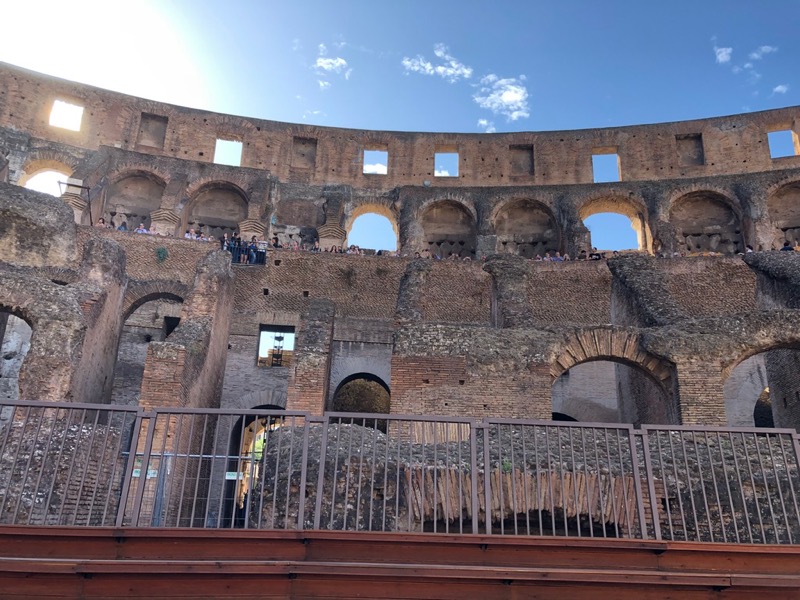